Values in Times of #Covid-19

“Never let a good crisis go to waste” is a quote presumably attributed to Winston Churchill. Current events related to the covid-19 pandemic are affecting all us of deeply. For social scientists, this event also creates an opportunity to gain insights into values change or stability. From the literature, we can expect that when confronted with uncertainty, progressive values make way for more conservatives ones. Yet, given the fact that current pandemic is unprecedented, no clear research outcomes exist.

Therefore, we are extremely thankful that the Netherlands Organization for Scientific Research (NWO) has awarded our European Values Study Netherlands research group at Tilburg University a grant to field a follow-up of the 2017 data collection, as integrated in CentERdata‘s LISS-Panel. Currently, we are finalizing the questionnaire to be sure that we can in the field at the beginning of May, with a second follow-up in October.

The results of the study will first and foremost be used to contribute to public debates, precisely because some futurologists predict that the world after covid-19 might look completely different. If that’s the case, it would mean that public opinion support such change, which needs to be seen. Evidently, the data will also be used for scientific studies. First reflections on values during and after the coronacrisis are articulated in a webinar by Haagse Beek. The PowerPoint presentation that supported this presentation (unfortunately in Dutch) can be retrieved from SlideShare.

I have recently been awarded a Jean Monnet Chair on Identities and Cohesion in a Changing European Union, as part of EU’s Erasmus+ Program. What this means is that in the years ahead, my teaching will incorporate more elements about European identities and questions about social cohesion. Also, extracurricular activities such as Summer Schools will be organized, too. As Dutch program director of the European Values Study, an emphasis on (incorporating findings from) this study is evident.

More information about the Chair can be found over here.

On the evening ahead of my first work-related trip near the summer period, it’s worth dropping the conference schedule for 2019.

With the release of the Dutch data of the European Values Study, I took the opportunity as its national program director to submit a few blogs to the Dutch blog ‘Sociale Vraagstukken‘. In chronological order (the list will be updated as soon as new contributions appear):

Out Now: The Inevitable Deservingness Gap

It’s finally out: my paper with Tom van der Meer using a vignette experiment to study (1) the relevance of identity compared to all other famous CARIN-criteria of welfare deservingness, (2) the extent to which favorable criteria are able to reduce the alleged deservingness gap for immigrants. About two weeks ago, the Journal of European Social Policy has made it available online. As it is Open Access, it can retrieved for – for free!

It’s mid-March, which means that for various international conferences, paper submission deadlines are long due. This means that I already have a good idea about what my academic travel schedule for 2018 will look like! My tour will start tomorrow, as the National Program Directors will gather at GESIS in Cologne to discuss progress in the data collection of the European Values Study. With pleasure I can announce that the fieldwork phase of the Dutch part has been completed: I&O Research has interviewed 686 respondents for the CAPI (face-to-face) part, whereas being part of the LISS-panel, CentERdata has been able to have 2,034 respondents fill in the matrix-design of the EVS for the CAWI-part – in addition, 1,710 of those panel members have filled in the full questionnaire. At this moment, we are working hard to clean the data in order to be part of the first EVS 2017 data release, which is announced for Fall 2018.

The second stage of my academic travel for this year will hit the US. It’s been two years since I’ve attended a conference in the US, but I decided to pick up this tradition again. At the Annual Conference of the Council for European Studies (aka the “Europeanist”-conference), I will present three papers. The first one deals with the relationship between opinions towards the monarchy and social trust in Belgium (and Great Britain). The second one concerns explaining ‘glocalization’ in mass public opinion. And last but not least, I’m working on a paper on contextual explanations for welfare chauvinism. Combined, a packed schedule, also because the Netherlands Institute for Advanced Study (NIAS) has organized a drink at the Consulate General of the Netherlands in Chicago. Before heading to Chicago, I will drop by in Washington (DC), and New York City. Afterwards, I will visit a friend in Louisville.

The third stage of my academic travel concerns an annual tradition: presenting at the Dutch and Flemish Annual Conference, widely known as de Dag van de Sociologie. Erasmus University Rotterdam will host this year’s conference on June 14. As I’m board member of the Dutch Sociological Association NSV and responsible for the prizes (this year the Master Thesis Prize, Research Master Thesis Prize, and the Best Article Award), my conference schedule will be packed. I will present a paper on skin tone effects on income in Mexico (written together with my boyfriend). Together with Inge Sieben and Loek Halman, also first findings on the Dutch section of the EVS will be presented.

The fourth and final leg of my academic traveling is a stop in Morocco. The World Association for Public Opinion Research (WAPOR) will organize its annual conference in Marrakesh. As I’ve never been to Africa, it will be an amazing experience; obviously I added 10 more days of vacationing to this trip. At this conference, I will present first findings from the Dutch section of the EVS – a paper that reflects the one that will be presented at the Dutch and Flemish Annual Conference. 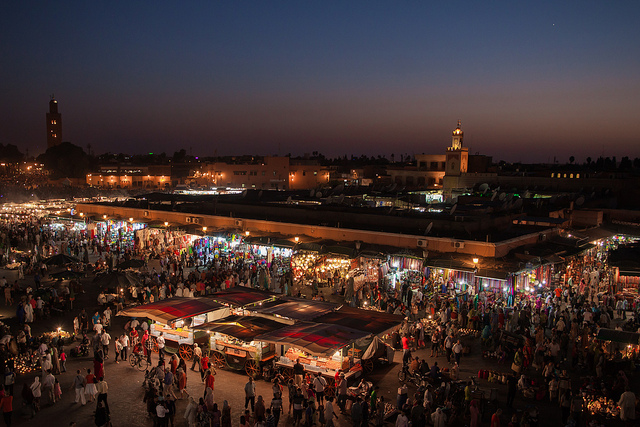 Last week, I joined Publons – a website that keeps track of contributions to peer review. Throughout the year, I receive numerous invitations to review manuscripts. I accept almost half of these invitations, and take my role as reviewer quite seriously: by giving advice on how to improve manuscripts, scientific knowledge can be enhanced. At the same time, reviewing manuscripts keep me focused and keep me track of new developments in the field, too. I have forwarded most of my editorial e-mails of the last years – some reviews are still missing, particularly of my period before joining Tilburg University (2014). Anyway, another way to keep track of contributions to academia.

Slightly more than one day before 2017 comes to an end. Currently, I&O Research is still approaching respondents to finalize the fieldwork of the 2017 wave of the European Values Study. 2018 will mark the public availability of the newest EVS-wave. To make sure that the launch of the newest data will not get unnoticed, I created a new Facebook-page EVS Nederland – unfortunately, it’s only in Dutch. On regular awareness days, such as the International Days of the United Nations, we will present findings from 2008 in which we compare the Netherlands with other European countries. As soon as there are updates regarding the 2017 data collection, the Facebook page will be one of the primary outlets to get involved. Get involved, and like the page!

Santa Claus is Coming to Town

At the end of the year, two academic rewards came in – two articles I contributed to are accepted for publication. In the first article – “The Inevitable Deservingness Gap. A Study into the Insurmountable Immigrant Penalty in Perceived Welfare Deservingness” – Tom van der Meer and I continue on the study of the welfare deservingness of immigrants. A link to the paper will follow as soon as it’s in press at the Journal of European Social Policy, but from the abstract, we read:

Albeit studies on welfare deservingness show that immigrants are deemed least entitled to welfare compared to other target groups, such studies have fallen short to isolate welfare claimants’ identity (i.e. foreign origin) to rivaling deservingness criteria that might explain the immigrant deservingness gap. This paper studies the importance of welfare claimants’ foreign origin relative to other theoretically relevant deservingness criteria via a unique vignette experiment among 23,000 Dutch respondents about their preferred levels of unemployment benefits. We show that foreign origin is among the three most important conditions for reduced solidarity, after labor-market reintegration behavior (reciprocity) and culpability for unemployment (control). Further, favorable criteria do not close the gap between immigrants and natives in perceived deservingness, emphasizing the difficulty to overcome the immigrant penalty in perceived welfare deservingness.

The second paper is titled “Imagining Class: A Study into Material Social Class Position, Subjective Identification, and Voting Behavior across Europe” and flows from the upcoming dissertation of Peter Achterberg and my PhD-student, Lorenzo D’Hooge. In his dissertation, Lorenzo focuses on the sources as well as consequences of the discordance between material or ‘objective’ class positions (i.e. the social classes sociologists classify people in according to occupational information, among other characteristics), and ‘subjective’ class identification. From existing research it is known that only half of the people correctly identifies with the social class they according to their material status belong to, making that half either inflates or deflates his/her class position. In this paper, published in Social Science Research, Lorenzo, Peter and I look at the consequences of class discordance on voting behavior.

Yesterday, the Dutch Sociological Association (NSV) and the Netherlands Institute for Social Research (SCP) organized it’s annual Actualiteitencollege (“current affairs lecture”). The theme of this lecture was decentralization in care. Since 2015, the organization of long-term care has changed in the Netherlands; governments require more active participation from its citizens instead of passively relying on professional care. Based on scientific research, Peteke Feijten (Netherlands Institute for Social Research SCP), Marjolein Broese van Groenou (Free University of Amsterdam VU), and Jan Willem Duyvendak (University of Amsterdam UvA) responded to the question whether ‘close proximity’ is always better in case of long-term care. The host of the whole afternoon was Kim Putters, head of the SCP. 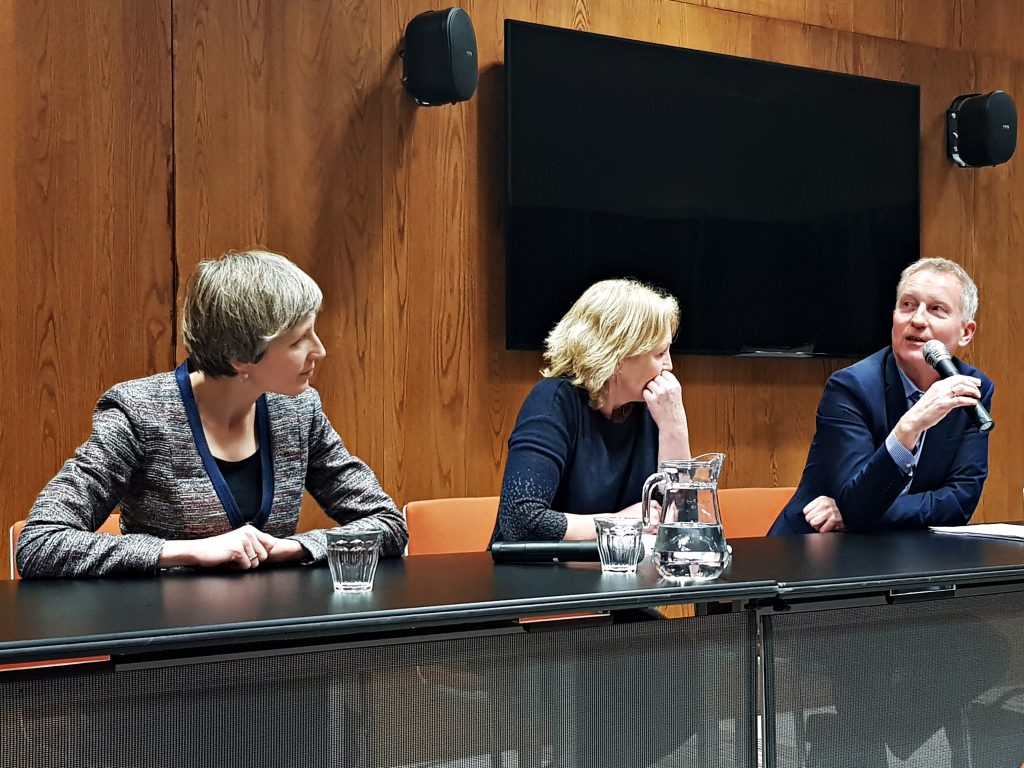 After the academic sessions, Paul Schnabel (University Professor at Utrecht University) awarded the Dissertation Prize of the Dutch Sociological Association – an event that I coordinated. The Prize was given to “Studying the Dutch Business Elite: Relational Concepts and Methods,” written by Rob Timans. Congratulations! Schnabel’s laudatio can be retreived from the NSV-website. 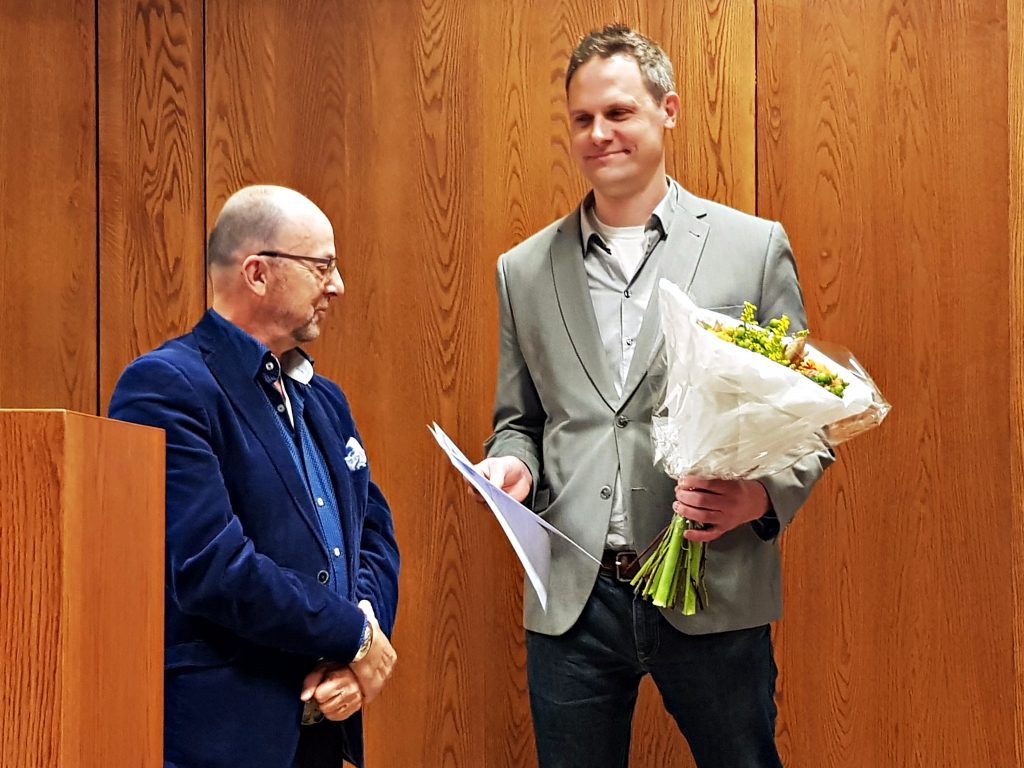